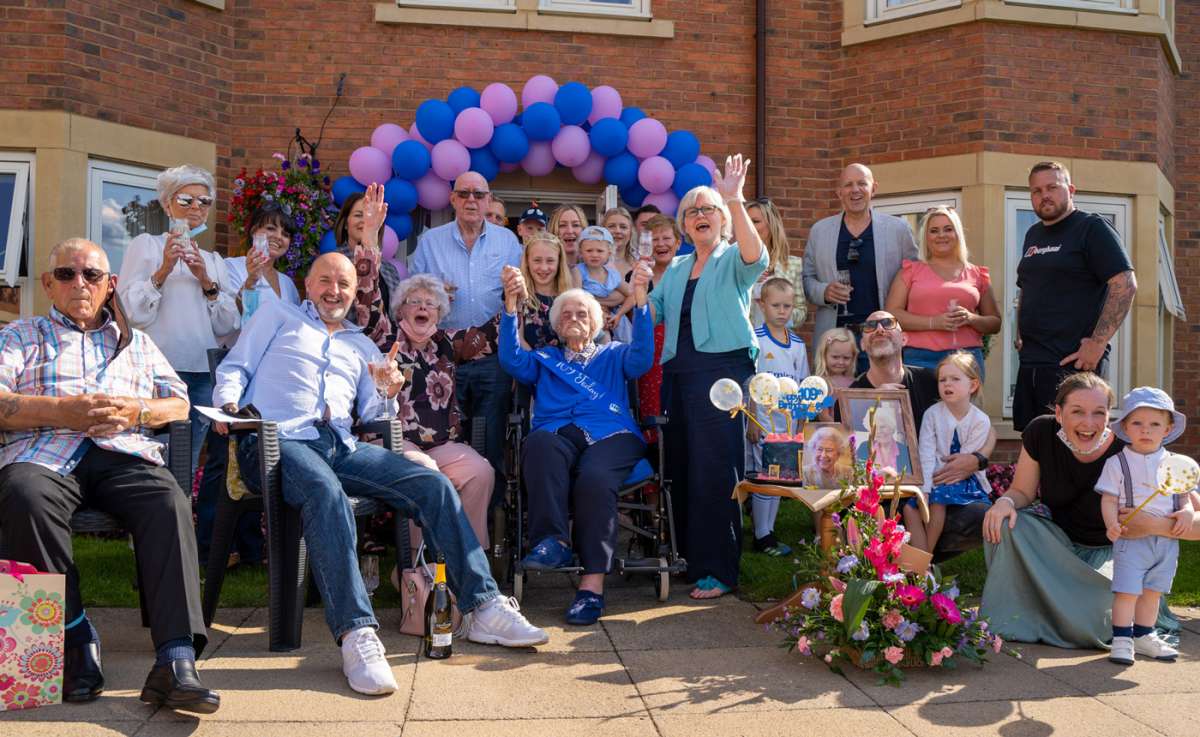 Olive Swanston, who is believed to be the oldest person in the North East, celebrated her 109th birthday with family and friends on Tuesday 3rd August at The Manor House in Whickham.
Olive was born in Newcastle in 1912, ‘they year they sank the Titanic’ as she often points out. She has nine grandchildren, 17 great grandchildren and four great great grandchildren and has lived at the Manor House Whickham since June 2020.
Olive puts the secret of her long life down to gin and tonic.  As she’s often said, “if it’s good enough for the Queen Mother…. it’s good enough for me.”

Jane Tworkowski, home manager at The Manor House Whickham, said: “It was such a joy to celebrate with Olive and her family.  “To reach 109 is amazing, and we are so proud to have Olive as one of our family.”

Back to latest news