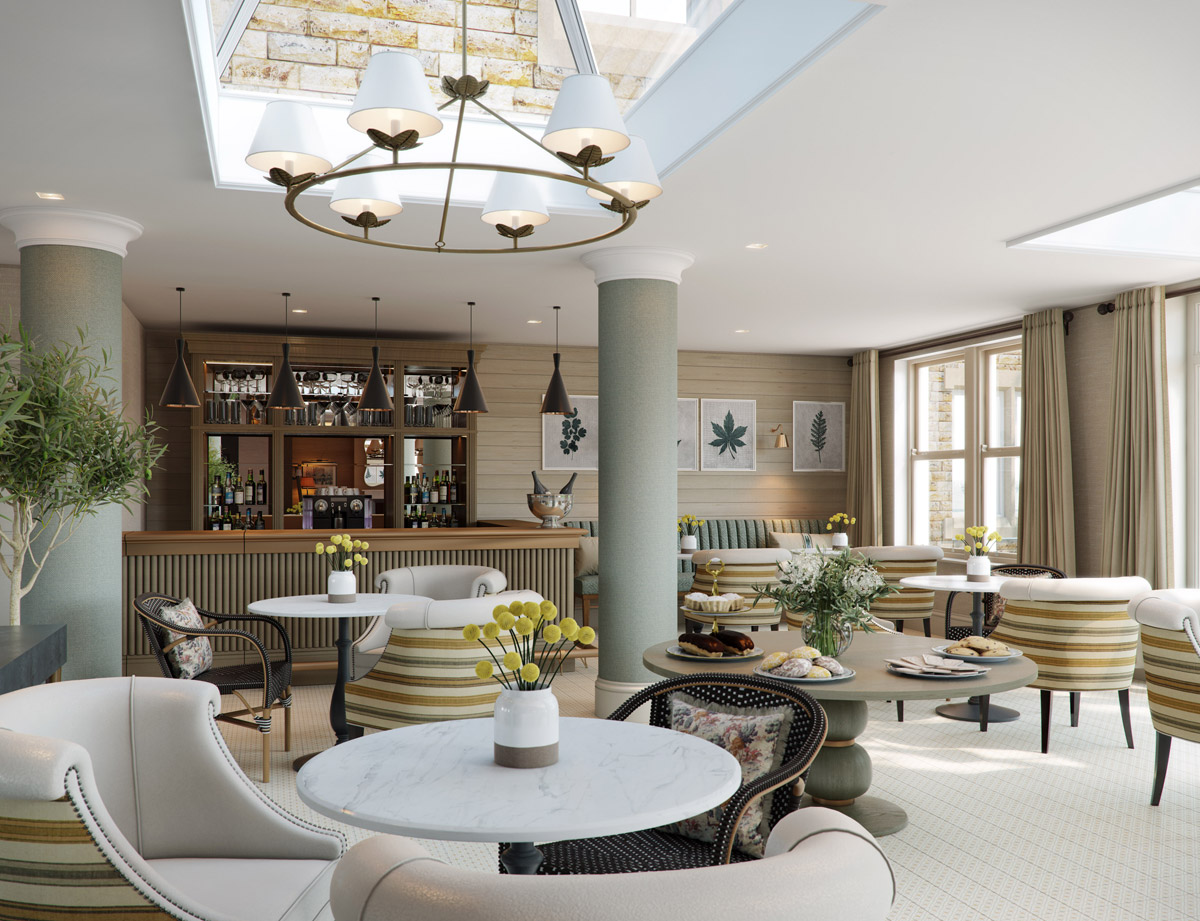 Hadrian Healthcare is investing £2m into its luxury care home in Newcastle as part of expansion plans across the region and beyond.
The Gateshead-based company has secured planning permission for a number of schemes in the north East and Yorkshire, which will lead to the creation of two new luxury homes and two extension and refurbishment schemes. Other plans within the north are also in the pipeline.
The firm has returned to invest in the luxury care home market after selling five homes across County durham and Yorkshire in a record-breaking deal in 2019. The £100m-plus deal set a new benchmark for the highest rate ever paid per bed and was also the fourth buyout founder Ian Watson had completed over 16 years.
Hadrian Healthcare has set itself apart from the competition over the years by creating homes that look more like five-star hotels with services to match alongside its healthcare provision. Facilities include hydrotherapy pools, bistro cafes and restaurants, cinemas, hair and beauty salons, in-house chefs, cultivated gardens and chauffeurs.
The company has now gained permission to extend its 46-bed home in Gosforth, adding 14 new suites, with a first floor garden area. Eight of the new suites will offer independent living facilities.
Mr Watson said: “We have always offered high-end care for the discerning lady and gentlemen, in very high-quality accommodation. We keep seeking to innovate, exploring new ways to make the homes as light and stimulating as possible.
“and the new accommodation that we now have coming through is breaking another glass ceiling. The Manor House in Gosforth was the second home we opened in July 2010 and it’s been a huge success from the day we opened it. The problem has always been the waiting list, so for years we’ve been trying to find a way to expand it.
“So we have acquired two houses on Princes road, next to the home, and we now have planning permission to take away the houses and put up another 14 suites. They have been designed with independent living in mind, so residents will have their own private front doors, and it just takes the quality of the accommodation to another level. in Whickham we’re also spending £750,000 on a full refurbishment.”
The company’s £15m care home in Skipton sits alongside Skipton canal and will come complete with its own canal boat. The home will have accommodation for 92 residents, including 12 independent living suites where residents will have their own private front doors. The home will also have its own dining and bar area, gardens and first and second floor terraces with views across the town.
The home, being constructed by main contractor Walter Thompson, is set to be completed this year. Meanwhile in Leeds, the firm has also just gained planning permission to build a £12m home under the Manor House brand in the roundhay area, for 67 residents.
Mr Watson, who was last week awarded an MBE in the Queen’s birthday honours for services to philanthropy and charity, added: “We’ve very busy at the moment, and we’re also planning two other sites, one in the north East and one in Yorkshire. in Leeds, we believe the home we’ll build in the roundhay area will be one of the most prestigious residential care developments in the UK.”

By kind permission of Reach Plc
Back to latest news