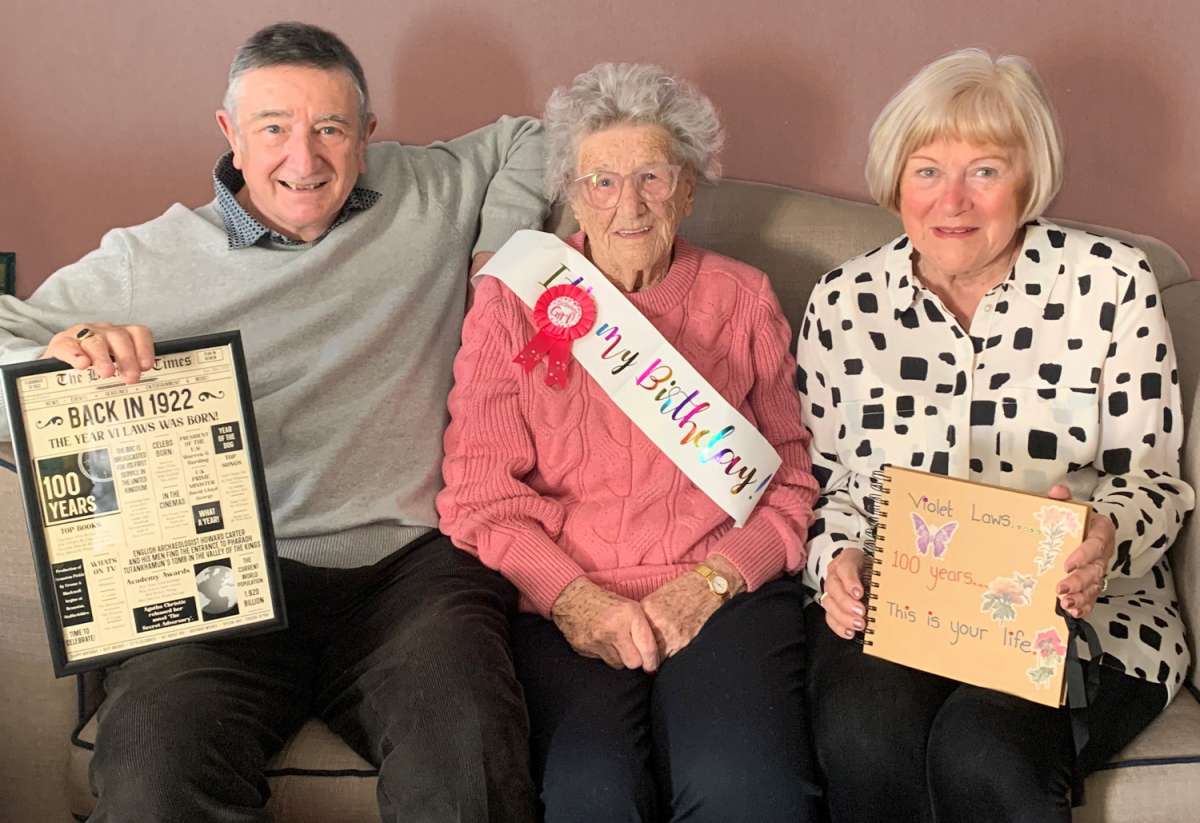 One of our residents at The Manor House Whickham has a lot to celebrate.

The middle of five daughters, Vi was born to William Scott, a shipyard driller, and his wife Margaret, in Elswick, Newcastle. She is the only surviving member of the family.

Vi attended Bentinck Road School and, at the age 11, was the only girl to gain a scholarship to the prestigious Rutherford College in Bath Lane, Newcastle.

At the age of 16, she went to work for Vickers on Scotswood Road, where she was a tracer in the drawing office.  During the war she did civil defence work.

Six years later Vi went on to work in the same role at Northern Coachbuilders in Claremont Road, Spital Tongues.  She left there in 1947 to marry Maurice Laws, who was her Army pen pal during the war.  Their son Alan was born two years later.

Vi was a housewife until the untimely death of Maurice at the age of 45 in 1965.   This led her return to the workplace at the Inland Revenue, Thorntons chocolate store in Newcastle and in her sister’s grocery shop. She also spent extended periods with one of her sisters who lived in Canada.

Vi adores gardening and trips to garden centres and, over the many decades,  she maintained detailed planting diagrams of her garden. Her other interests include history, and her favourite books are factually accurate historic novels.

Vi loves meeting people and takes every opportunity to chat to those who stop and talk to her.  She also loves animals and enjoys  cuddles with any canine visitors who come to the Home.

Jane Tworkowski, manager at The Manor House Whickham said: “Vi is a much-loved member of the Manor House family.  Our staff and residents have enjoyed celebrating with Vi and her family to make her milestone birthday an extra special day.

Back to latest news